What works: empathy, or compassion?

The answer, researchers are finding, is helping people at risk for burnout. This research surprised me. Compassion and empathy activate different brain structures. 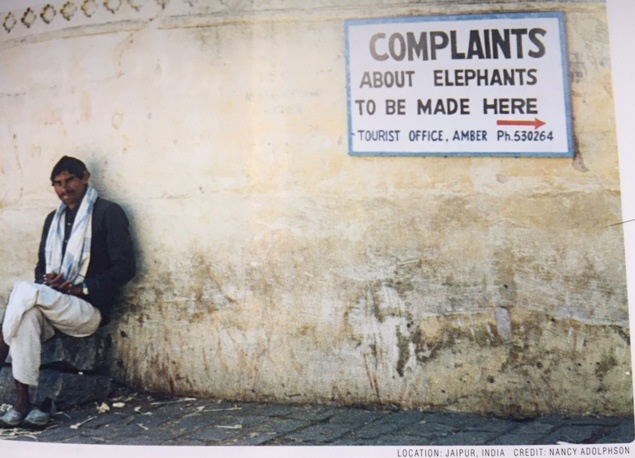 They look different in the brain. And the differing physiological aftereffects–feeling drained or energized–for those experiencing empathy or compassion are not subtle.

For those in emotionally charged situations, say, teachers, family caregivers, or healthcare workers, their resiliency may depend on what appears at first glance to be a subtle difference in terminology. Before I discuss solutions to caregiver burnout let me back up and distinguish these terms more clearly.

What's the difference between empathy and compassion? Of course, both deal with caring for others. However, researchers now find it useful to narrow their definition of empathy as the ability to feel what other people feel. If someone feels happy, you feel their happiness. If someone feels pain, you experience their pain. If someone is hurting, your empathy is uncomfortable, by definition.

Listen to this this fascinating interview: former biochemist and practicing Buddhist monk Matthieu Ricard describes his participation in this study which imaged his brain during compassion and empathy meditations. (29 min)

Compassion involves willing or picturing someone in an idealized state, like happiness, security, or health. Compassion is often described as a pleasant experience. I'm intrigued about traditional religious admonitions that go by names such as prayer or metta which resemble modern researchers' definition of compassion.

Compassion requires empathy
If you think about it, you need both. My title is a little misleading. First you need to feel empathy for someone, in order to practice true compassion. You can't picture someone free from pain unless you understand the unique nature of their suffering in the first place.

Vietnamese Buddhist monk Thich Nhat Hahn, nominated by Martin Luther King Jr. for the Nobel Peace Prize and celebrated for his courageous work in encouraging compassionate dialogue between various groups such as Palestinians and Israelis, police officers and their communities and different religious and political factions, speaks on this. He described the necessity for understanding first where someone stands and how they suffer, in this beautiful On Being interview which focused on compassion training for police officers:

Thich Nhat Hanh: "The practice would be the same. But we need friends to show us how a certain group of people lead their lives; what kind of suffering and difficulties they encounter in their life so we can understand. And after that, and only after that, could we offer the appropriate teaching and practice. That is why we continue to learn every day with our practice and our sharing." 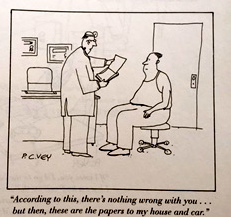 Empathy research is hot now.
Brain research on empathy is particularly vigorous, understandable given its critical role in a functional society. Increasing numbers of nonhuman animals from dolphins to rats have been studied to the extent that we can now positively declare they also feel empathy. (While animal lovers always maintained this idea is a no-brainer it's always nice when science makes the obvious official.)

Dutch primatologist Frans de Waal concluded in The Age of Empathy that the development of empathy was a crucial breakthrough in human evolution. (You can watch touching and occasionally downright funny videos of animals engaged in cooperation and moral behavior in his TED talk here.)


Empathy pros and cons
Empathy is undeniably essential for bonding, social coherence, and understanding. Yet prolonged negative empathy can fry our feelers to the degree that we cease to be effective caregivers. We cease to feel.

Feeling another person's pain is not hairy-fairy. Empathy drains energy, and by energy I mean that your brain burns extra glucose to perform the emotional heavy lifting of imagining and experiencing another person's pain. Why is it tiring? It is a physiological response which increases inflammatory proteins and signaling hormones in the blood, like cytokines and cortisol. In your brain and your blood, we can quantify empathic stress. It's like a physical work out. It's good for you, but you can overdo it.

Continuous heavy lifting causes fatigue and burnout. Burnout breeds emotional withdrawal, cynicism, and a robotic affect. A burned out attitude is infectious in a workplace or home, putting other caregivers or family members at risk. Lots of research supports the contagious nature of emotions in a workplace, at home and even over social media.

Extreme empaths
I think and hope I have a normal, healthy amount of empathy. But some people may be born with too much.

Many of you who know me understand that I have cross-wired senses; synesthesia. I have no idea what it's like not to have this, since it's involuntary, I've had it my whole life, and in my ignorance took it for granted until I started reading research about it in my 30's, finally realizing it was unusual and became intensely curious about it. (My synesthesia is an essential part of my being, especially in enhancing my memory, so please don't consider this a disorder. I can't imagine life without it, even if it overstimulates me at times, and forces me to defensively wear ear plugs when I go into the grocery stores that have loud background music.)


While synesthesia is uncommon, my cross-wirings (colored hearing and colored text) are the most common varieties of synesthesia; I am an ordinary type of synesthete. There are other, stranger forms of synesthesia that certain concerned people have written to me about after running across my blog on synesthesia. These involve involuntary sensations triggered by taste, touch, or movement in the peripheral vision. One in particular seems like a super version of empathy.

This form is called mirror-touch synesthesia. Mirror touch synesthetes claim–and I don't doubt them–to feel physical sensations that they witness other people experiencing. They reportedly are also more empathetic in general. The stimulus of seeing someone tapped in the shoulder produces an involuntary sensation of being tapped on their shoulder, and for some, always matching the same side of the body. 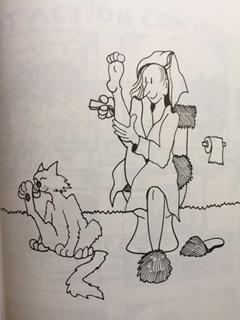 Physical mirroring and yawn contagion are examples of empathy in animals ––Cartoon by Chris Suddick.

Life in a Goldilocks zone of empathy
The trick is getting your brain porridge not too hot, but not too psychopathic. At the colder end of the empathetic spectrum, completely disconnecting from the emotions of other people is another path toward misery. Those devoid of empathy are labeled psychopathic. It's under the category of a nonspecific personality disorder in the DSM, but one generally agreed-upon trait for the psychopath is that they don't feel the pain or joy of others.

Despite disconnecting from the feelings of others, psychopaths don't seem free. They act distressed, constantly seeking approval. Because this never satisfies, they must work to obtain praise repeatedly. I recall the story of a friend of mine, whose abusive ex accidentally slammed a car door on their son's finger. Instead of instantly comforting the screaming boy with the bleeding finger–the natural response of any normally wired human–the man blew up, screaming for hours at both the mother and wailing child that the injury was not his fault. He needed to build up his reputation again and his screaming child was an inconvenience.

Whether psychopathic traits are reversible remains an open question. And estimated three to four percent of the population appear to have psychopathic tendency, and recent research has unearthed genetic links and brain anomalies. Psychopathy is more common in criminals, politicians and corporate executives, yet another obvious research discovery made official. But I digress.

understandably distressed. Areas in the brain (previously associated by other research with empathy for pain) were activated (anterior insula and anterior midcingulate cortex.) A monk who was more accustomed to exercising compassion described the experience as "torture".

More about compassion training
Compassion training is now being offered to employees of some forward-thinking businesses to prevent burnout. Some going through these programs say anecdotally that the training saved their career and reignited their passion for their work. 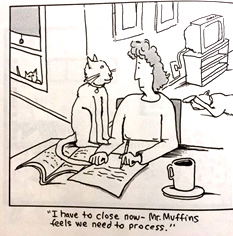 People who go into caregiving professions do so because they want to make a difference in the lives of others. When they feel like what they are doing makes no difference, burnout happens. Yet the idea that you are not making any difference can be reframed, re-evaluated.

If "making a difference" means your patient must be compliant with treatment, or heal, you are going to run into a wall. Patients are not always compliant, even if they want to be, economic and living circumstances can prevent them. Many diseases have no treatment. If "making a difference" means your students must learn everything the first time they take your class, you are going to get burned out.

Did you do your best you could to communicate? Did you communicate your desire for students or patients to be healthy, happy or wise? These are easier endpoints to manage. There's a great talk at the University of California at San Francisco's Osher Center for Integrative Medicine by Eve Ekman  that gets into a lot more detail on compassion training for people in demanding professions.

Compassion training is also called loving kindness meditation (LKM). The training encourages you to first imagine another person, and gradually extend warmth and care out to them. There are a variety of techniques, but generally, you imagine someone else, or even yourself, as happy and well. In doing so, realize that it is your empathy in imagining the person happy that makes you feel happy as well.

Some practitioners of loving kindness will set aside a period of time to sit comfortably, relax, and focus on another person, or even themselves. It is often stressed that it is important to perform this exercise on yourself as well as others. I like to set a timer. I think, I can always do ten minutes. Or five. Whatever works. Mentally or verbally recite phrases such as: