As I wrote last week, the atoms making up our bodies are ancient. Atoms heavier than hydrogen were created in stars that existed prior to the existence of our solar system. That's old. And your lightest atoms were around since the formation of the universe. That is really old. 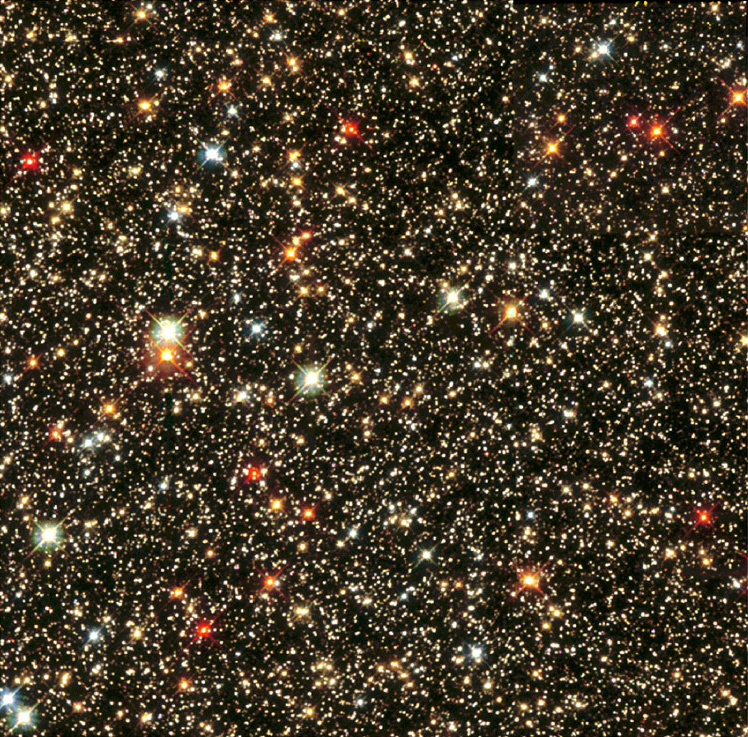 So, most of the breaths you take and nutrients you ingest contain atoms that have been on earth a long time. A small fraction get lost to outer space. My tattered 1987 copy of Meteorites and their Parent Planets (McSween) might be out of date, but states that Earth sweeps up 10,000 tons of micrometeorite dust every time it sweeps around the sun. So Earth, and those of us living upon its surface, continue to exchange some small percent of atoms with space, to this day. (You can encourage kids to collect space dust. Try it.)

During your lifetime, many of your atoms go through multiple hosts. We just borrow them, rearranging them into our particular configuration.

There are about as many atoms of air in your lungs as there are breathfuls of air in the atmosphere in the whole world (around 1022 atoms or liters, respectively.) After exhaling, it would take about six years for atoms from your breath get evenly mixed with the atmosphere. (This according to one of my not-so favorite physics textbooks, and I suspect the authors are just trying to stun their poor, bored students by writing this. I also suspect  these physicists are not thinking as chemists, assuming these atoms are acting like free unsticky, unreactive particles, not getting locked up in the earth or other organisms, giving a best-case scenario as far as having your lung atoms go on some exotic world-traveling cruise. Still, where your lung atoms go is worth considering. You might as well think about it if you are meditating, contemplating your breath.)

If our atoms can get around like that, how much of our atoms do we share with one another? People who play with statistics for sport have gone to some lengths to estimate how many atoms from Ceasar's last breath are in our body. Or anyone's last breath. And the answer is! (DRUMROLL): Well, it depends.


That is the most truthful anticlimactic answer scientists can give, which is why we ought to have publicity agents.

The answers vary depending on your assumptions.

You can say for certain that the atoms making up your body now have been part of countless other life forms, of all sorts. Dinosaurs, primitive algal mats, exotic beasts and flora that are now extinct, and perhaps even some from your neighbors. Maybe you don't like your neighbors. I am sorry, but they might be part of you.

Practice:
Set aside a period of time to contemplate your breath. As you breath in and out, consider all the dinosaurs and birds and trees and and plants and fungi and microbes, and yes, even people, that have contributed to the particles in your body. Lions and fruit bats and orangutans. You name it. All life is interconnected.

Sometimes I think of my atoms going out, and I think, all right! Go out there and obey the rules of physics, play nice, and do great things! I don't think we can imprint our atoms with ideas. I don't think they have memories. But it is a nice thought all the same. And what do I know? Barely anything. It can't hurt.